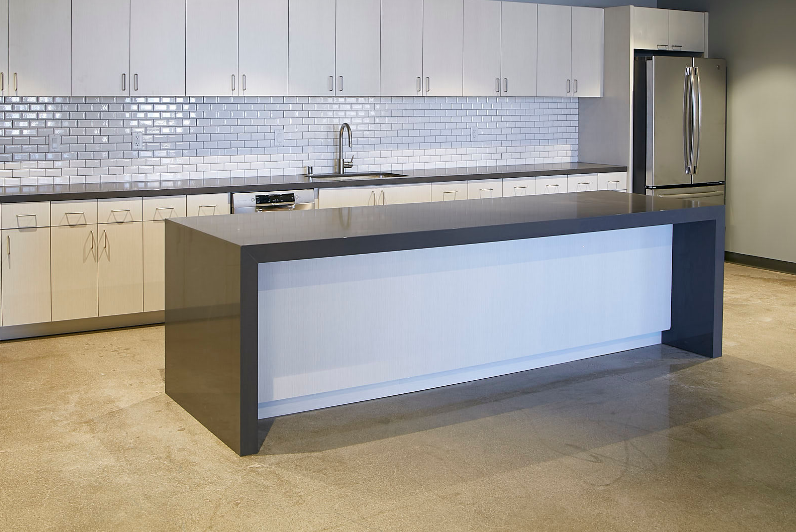 They became more visible/noticeable when the industry went to lighter-colored products. While most of the discoloration occurs in rotogravure (printed) products, even inlaid, heterogeneous and homogeneous materials are subject to this problem. Most of these products are affected by discoloration from the bottom-up.

Following are some of the causes of bottom-up discoloration. Hopefully, this information will help you identify potential causes of these problems and ways to avoid them:

Adhesives: While once a big problem, bottom-up discoloration has lessened considerably during the past few years. In an attempt to save money installers and/or retailers will choose an adhesive not recommended for use under resilient materials. Caused by antioxidant or processing oil ingredient in the adhesive, this discoloration will be yellow and appear in various shapes and sizes.

Alkali Discoloration: Associated with moisture migration, alkaline salts usually travel with water vapor and attack the printing and PVC components of resilient material. This alkali attack bleaches out the material and gives the floor a milky appearance.

Bacterial Discoloration: Mold and mildew, which are also associated with moisture migration, appear to be bluish-gray to black in color.

Promoted by an accumulation of stagnant moisture, micro-organism growth produces a spot that will continue to expand. When the wear surface is removed, the backing will have a pungent, musty odor and the backing will feel damp.

Construction Adhesives: Some construction adhesives contain an antioxidant known as butylated-hydroxyl-toluene (BHT) which has been known to sublime (off-gas) up into the material and cause a yellow discoloration. This often surfaces as spots where the gas from the adhesive migrated up around nail heads or in straight line above the underlayment joints. Sometimes, it mirrors the pattern of the adhesive application straight over the floor joists and swirled beneath underlayments.

Fungal Discoloration: Fungal activity requires three components: a fungi spore, which is present virtually everywhere; a food source, which can be found in some gypsum-based products (i.e. taping compound, wall texture overspray and some gypsum patching compounds): and excessive moisture. This discoloration is often found over concrete and gypsum substrates that are too wet to install over. Generally speaking, the discoloration is pastel- pink, bluegreen, blue, and yellow or tan-colored spot that grows larger over time. 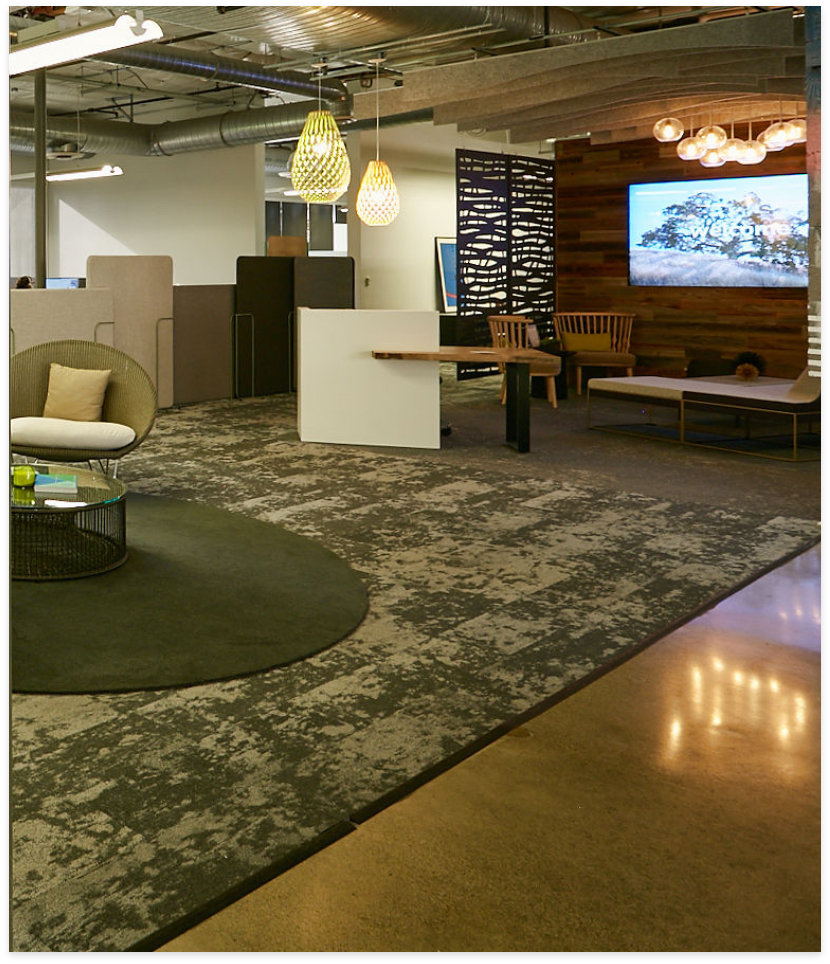 Among the culprits are:

Solvent attack: Installation of resilient materials over a recent solvent spill permits solvent to migrate up into the material where it distorts the material’s surface that diffuses light differently. This usually creates a dull spot. 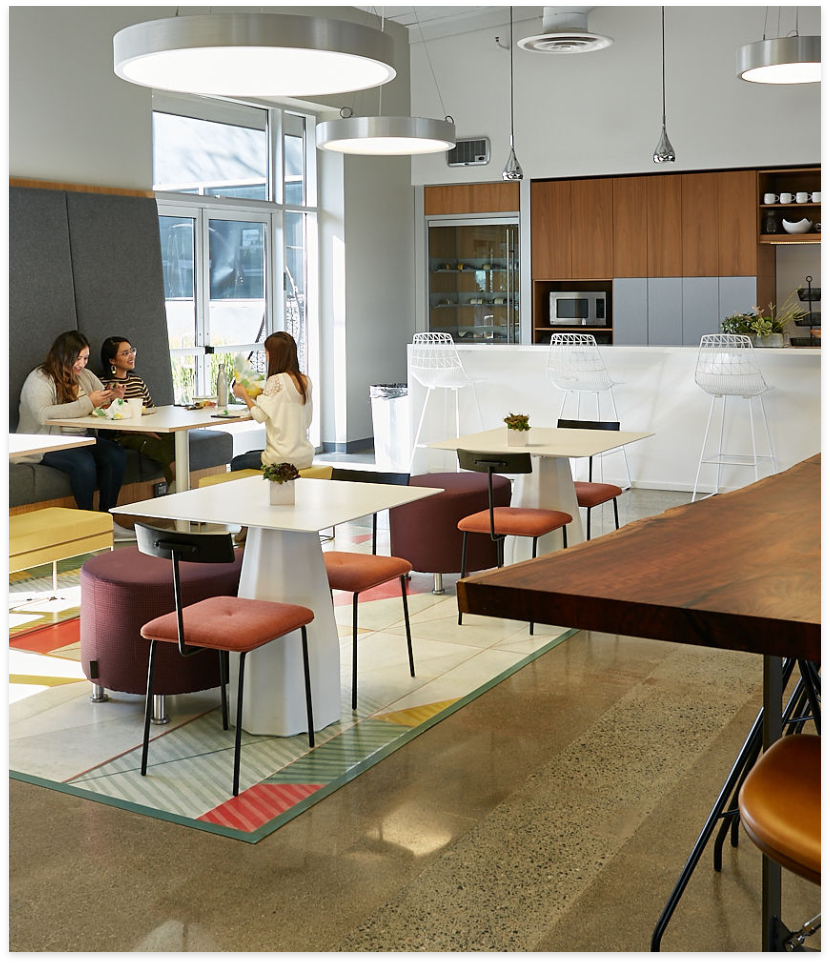 Wood filler (plastic patch): Plywood manufacturers that use synthetic wood filler must exactly mix the patching compound components to the specified portions. If not done the filler may off- gas and migrate up into the resilient sheet material where it leaves a yellow discoloration that mirrors the shape of the synthetic patch. Over time the patch will shrink and create a show-through problem, as well.

While I have attempted to cover as many causes of bottom-up discoloration as I can, there are many yet to be identified. Hopefully, the information presented here will give you knowledge to identify potential causes and remove them.

Even then, there are many undiscovered causes of discoloration that lead to complaints. Resilient manufacturers have made great strides to help eliminate bottom-up discoloration. The installer and flooring contractor need to be aware of these concerns. But the general contractors also need to be accountable for using the right products and protecting substrates from possible reagent exposures prior to the start of the installation.